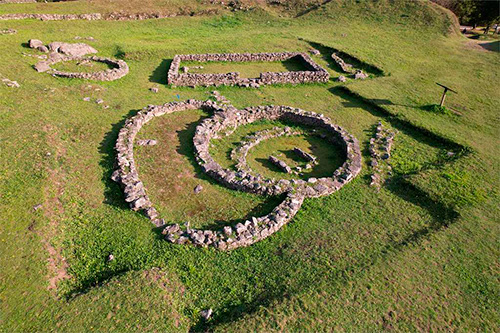 Castrolandín is a medium-sized fort from the end of the Iron Age, inhabited at the end of the Castro culture by approximately 100 people dedicated mainly to agriculture.

Its antiquity possibly dates back to the 9th century BC. where houses were still made with perishable materials. Some petroglyph drawn on the rock shows us a possible ancient settlement. A few centuries later, stone houses were built, which are the remains that we see today. Remains that are so mixed with other constructions of Roman origin, as evidenced by the houses with corners and large dimensions.