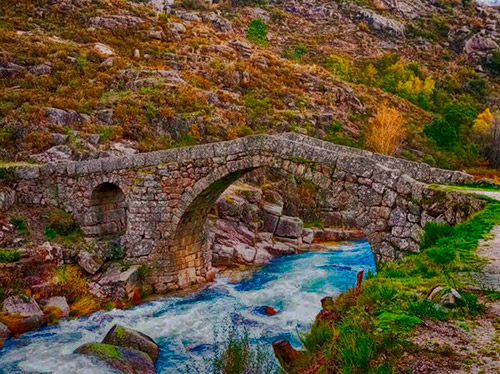 This name has been chosen in keeping with its historical origins as its layout corresponds in the first section to the Roman Way (Geira Romana) XVIII, which linked Braga (Bracara Augusta) with Astorga (Astúrica Augusta) and in its second section with the path used by pilgrims and “arrieiros” to go to Ribadavia and later to Santiago de Compostela. The Camino de la Geira y de los Arrieiros is a path of great beauty, with a complicated layout and few signs (GPS recommended), full of history and Jacobean tradition.