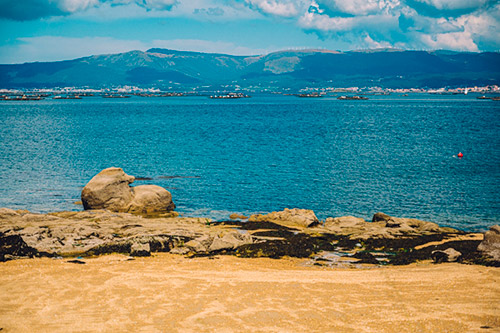 The economy of Vilanova de Arousa has revolved around fishing since ancient times, since since the 16th century this was the great provider of fish for Castile. This abundance of raw material led to the establishment of a thriving canning industry, starting in the 18th century.

Currently, a good part of the municipality’s economy is still linked to fishing and especially to shellfishing, and very especially to mussel farming that is carried out in the hundreds of rafts that can be seen along the entire coast. It is not surprising, then, that this fishing village is considered one of the main production areas in Galicia for this bivalve, which also has the DO Mexillón de Galicia seal.